Wockenfuss Candies is in the News! 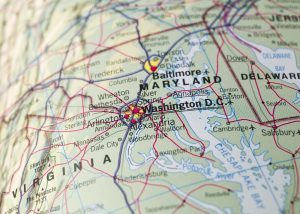 Learn more about the history of Maryland’s favorite candies!

Recently, Cassie Carlisle from Baltimore’s ABC2 News visited us here at the Wockenfuss Candies headquarters, and we chatted about candy and the history of our family-owned business.

Herman Charles Wockenfuss came to America with his father and started working in the candy business at age 14. Over the next 20 years, he worked hard and learned everything he could about making candies for the world to enjoy. When his wife suggested that he use everything he’d learned to open his own candy company, he listened. The Wockenfuss Candy Company opened in 1915. In those days, there were a lot of creams and nut clusters; chocolate’s popularity didn’t come about until after World War II. The soldiers returning from abroad would crave it, but candy makers could really only make chocolate in the cooler months. It wasn’t until the invention of air conditioning that year-round chocolate production was possible.

When Herman Charles retired, his son Herman Lee Wockenfuss took over the family business. Since the treats were all made in the basement of his home, space was limited – so he got creative. He dug up his front yard and added a storefront. There were conveyor belts going this way and that all over the place. He eventually expanded into the lot next door!

Herman Lee’s son Paul worked as a Maryland State Trooper for many years, but came back to the family business. Paul moved the Wockenfuss candy factory to its current spot right on Harford Road in Baltimore County, Maryland. Paul, his three daughters, and his grandson all work in the family business each day. Today, our family oversees all of our nine Maryland locations, and we look forward to many more generations of delicious Wockenfuss family treats!

Head to WockenfussCandies.com and browse our wide selection of chocolates and candies; we promise you will not be disappointed! Wockenfuss Candies is one of the oldest candy makers in Baltimore. We opened our doors in 1915 and have proudly served the people of Baltimore ever since. If you have any questions about our Wide Selection of Chocolates, please contact Wockenfuss Candies by calling 1-800-296-4414 or email info@Wockenfusscandies.com. When you’re not savoring our sweets, stay satisfied by following us on Facebook, Twitter, Google+, and Pinterest!

Categories: Wockenfuss Candy | Tags: family business, history of wockenfuss candies, and Wockenfuss Candies
This entry was posted on Friday, February 23rd, 2018 at 2:46 pm. You can skip to the end and leave a response. Pinging is currently not allowed.